The Man (& Day) Every Girl Dreams About

I found it fitting to share my own love story tonight with y’all to let you learn about one of the most important parts of my life … & as promised (on my ABOUT page), I’m giving you all the deets on mine & TJ’s very own love story.

Throughout the past year and a half, my life has completely changed in so many wonderful ways, and what started it all was when my boyfriend of almost 3 years at the time, got down on one knee and asked me to spend the rest of my life with him. All of us girls DREAM about what that day will be like and how your ‘Prince Charming’ will pop the question. Well, I have to brag on my better half because he totally went far and beyond all of my expectations. Read our love story below.

ONCE UPON A TIME …

TJ and I met for the first time right before I began my senior year of high school. A few years earlier, TJ had gone to an ‘open gym’ night at one of the local gyms in Knoxville where all the University of Tennessee Cheerleaders would go to play/stunt around, and not long after, he got involved with the UT program. Anyone who has ever known me, knows that I had always dreamt of cheering for the Vols… That dream led me to the first time ever meeting TJ at one of UT Cheer’s college camps, and from then on, a friendship began to form. It’s so crazy looking back now and thinking that was the first time that I ever laid eyes on my (now) husband – and that I had no idea, at the time, that he would one day be my everything. Teej, you had me at ‘toss cupie’!

TJ and I were just friends for quite some time, and we would go to the gym a lot to practice stunting together (like almost everyday, no joke). This quickly grew to be one of our favorite things to do together. At the time, I was so determined to accomplish a dream, and he was so willing to help me in any way that he could (he’s a major reason why I was even capable of making the team in the first place – thanks Teej!).

After being only friends for about a year, something seemed a little different about our relationship. Around the end of fall semester during my freshman year at UTK, the feelings inside both of us started changing dramatically, and suddenly, there was something there that was SO much stronger than just friendship – it was love. (I’ll admit … it was kind of a strange feeling to me at first because I had always pictured him as one of my good friends – never my boyfriend.) We both still vividly remember the night that each of us realized that there was SO much more between us. I remember feeling so many emotions that particular evening, but most of all, I just remember feeling so genuinely happy and cared for. From that moment on, TJ quickly became my very best friend, my ‘person’, my confidante, my true love … my everything.

On November 23, 2012, TJ took me to my favorite restaurant in Knoxville, and that evening, he said those 3 special words & that he was ‘falling in love with me’! I will never forget that moment … Hearing him say that made me the happiest that I had ever been! (Fun fact: I was so turned off from love when I first met TJ because of some relationships in the past, so I never thought I would have fallen so easily for him!)

Ever since that November night, our friendship & our relationship has grown into something that I honestly thought only happened in dreams and fairytales.

Fast forward two and a half years later, and we are on a trip to California. First stop – San Diego. Little did I know at the time, that this would be no ordinary vacation. TJ and I had a serious relationship from the start, and we knew early on that one day, we wanted to get married. We had talked over and over about marriage, kids (in the future), faith, a proposal, vacations, family, jobs, EVERYTHING. When preparing for this trip, I knew that a proposal was probably going to happen in the next year or so, but I had no idea what this trip was going to bring … (honestly, I always thought he would propose after I graduated from UTK).

On Sunday, May 24, 2015, we began our day at the San Diego Zoo … It was so fun! TJ was making sure that we were going through all the exhibits fairly quickly because we had ‘dinner reservations’ that night at La Jolla Cove. (If you haven’t been to La Jolla, you must add it to your bucket list!!) I didn’t know at the time that TJ actually had a HUGE surprise planned for that night as well. After we left the zoo, we went to freshen up and change outfits for our nice dinner date in La Jolla.

As we were on our way to the La Jolla area, the cloudy skies (that we had witnessed all day) started slowly clearing up. We could see a little sunshine popping through – finally! Luckily, when we arrived, we found a prime parking spot right in front of a path – full of the most beautiful tropical trees and flowers – that led us to the boardwalk on the coast. We took some pictures on TJ’s phone and began walking down the entire boardwalk.

As we were walking, we were checking out all of La Jolla’s beauty, watching the seals on the beach, and taking some cool pictures of all the gorgeous views. Every now and then, TJ would stop for a second to look over the edge of the boardwalk to check out the beach and the rocky cliffs. (I didn’t think anything of it at the time, but found out later that he was just searching for his perfect surprise spot … PS – It was so fun for me to hear all the details afterward that I knew nothing about at the time!).

After we made it to the end of the boardwalk, TJ went to the ‘bathroom’ (little did I know at the time, he was going to try and get in touch with the photographer, Jenna, that he hired for the surprise). Once he returned, we walked down on to the part of the beach where all the seals were. At this very moment, I remember randomly looking up & seeing sunny, blue skies. It turned out to be the most gorgeous day of our entire vacation. God granted us the perfect day to start our forever (Thanks, Big Man!).

TJ and I got someone to take our picture with the seals and the coast of La Jolla Cove in the background. Then TJ said, “Oh that’s a good one; I’m going to put it on Instagram real quick.” (Gotta love technology!) He did that, but what I didn’t know, is that he also sent it to Jenna, our photographer (that I had no clue about), to show her exactly where his big surprise was going to take place.

Once we made it back up to the boardwalk, we began walking back the way we came, and saw this huge rocky cliff about 30 feet up, overlooking the ocean. TJ & I are just big kids at heart, so of course, the kids in us wanted to explore the cliff. Keep in mind, we had to actually climb through a fence to get there, and I had on 4-inch heels. 😉

Teej started complimenting my new outfit that my mom had gotten me for our “White Night” that we enjoy having for some of our beach vacations. (Of course, I have had many questions about this since the proposal, but my family has often done beach pictures in white outfits for years, so when my mom surprised me with a new white outfit for our night on the coast of La Jolla, I thought nothing of it. Thanks for the help, Mama!) Then he goes, “Guess what … I brought something else out here for you to wear.” (Even at this time, I was still oblivious to what was about to happen because it never even crossed my mind that TJ would propose to me on this trip.) So, I casually said, “Oh really? What is it?” After a slight pause, Teej grabbed my hand, turned me to face him and had the BIGGEST grin on his face that I had ever seen – and instantly – I knew. I just got a feeling I had never felt before. My first reaction (shocked), “WAIT, WHAT?!”

At that moment, the absolute love of my life got down on one knee and shared with me the most precious words every girl dreams of hearing. I absolutely lost it – hands covering my face, tears instantly shedding, entire body shaking, and the biggest smile I’ve ever had (on my face & on my heart – CHEESY ALERT!!)

Even as a little girl, I have seriously always wondered what it would feel like when this day would come … & all I can say is WOAH! Then I heard the man of my dreams say those special words, “Peyton Allison Rohde, will you marry me?” I screamed (dramatic much??), reached down to kiss him, gave him the biggest hug, and couldn’t say “YES!!!” fast enough.

After Teej stood up and gave me the sweetest hug, he put the most GORGEOUS ring on my finger (ok, I may be biased 🙂 ).

As we were celebrating with each other and wiping away our tears, we could hear the entire crowd on the boardwalk cheering for us – so cool! Then, Teej pulled me in for a hug and told me he had hired a photographer to take pictures of the whole proposal (I mean … I think my heart was literally about to EXPLODE of happiness at this point.) That’s when I saw Jenna and her second shooter for the first time, and they were AMAZING! He also shared with me at this time, that he wanted to go ahead and have them shoot a few engagement pics for us right after the proposal – YALLLL!!!! 🙂

Happiness doesn’t even begin to describe it. This man makes every day special – not just our proposal. I seriously wouldn’t want to do life with anyone else!

We got married on June 25, 2016 & it was the best day of our entire lives thus far. We are LOVING married life!! One of the most common questions that we get these days … “How’s married life treating ya?” (Any other newlyweds, can you relate??) But we never get tired of describing the fun that we share throughout everyday life together. Marriage is truly the BEST. THING. EVER!

Thank you guys for reading and taking a look into my very own love story. I’d love to hear all about yours (I’m a hopeless romantic!) so comment below or head over to my contact page & shoot me a direct message. 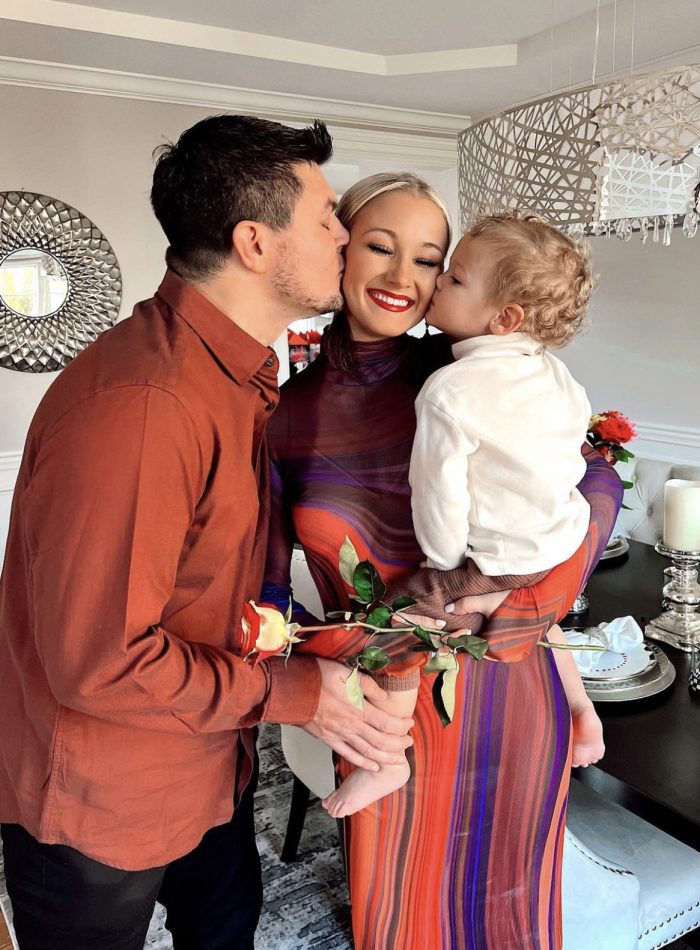 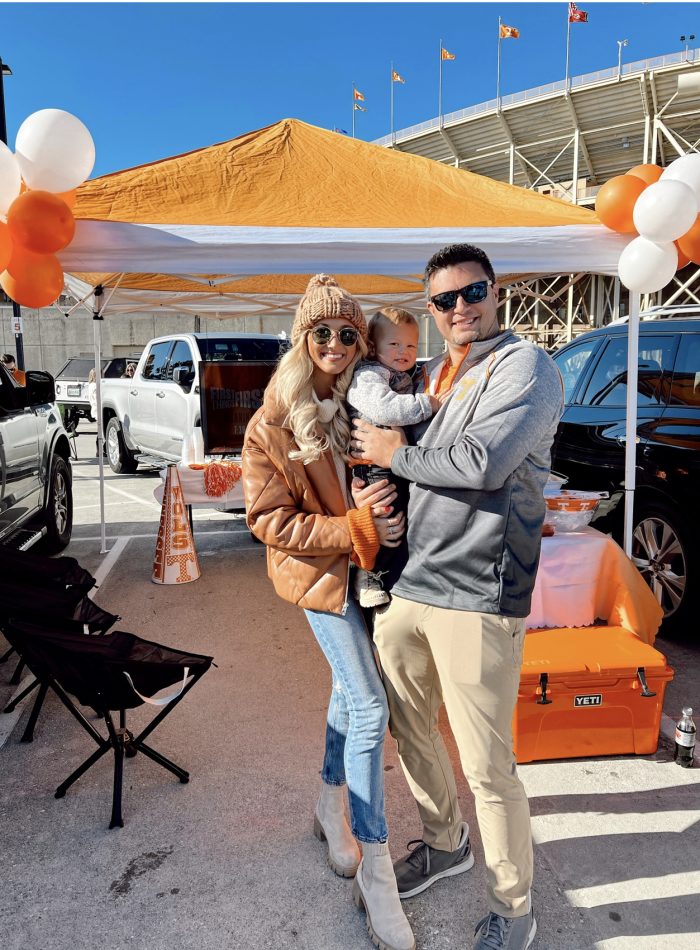 Let me help you find what you are looking for!